Frank Lampard has revealed that he tried to convince Prince George to be a Chelsea fan during a recent pub chat with Prince William.

The Chelsea manager rubbed shoulders with royalty as he and the Duke of Cambridge recently joined up for a Heads Up charity initiative where they shared a pint as they watched England’s 2-1 defeat by Czech Republic.

Lampard admitted that he posed the question to Prince William at the event.

In an interview with talkSPORT, he said: ‘I asked why he (Prince William) supported Villa and he said it was because of a game he watched when he was younger and he felt that was the right thing to do.

‘Then he’s obviously passed that down. I made a small attempt to get him (George) on the Chelsea side.

‘He did say George came home from school to say all his friends support Chelsea, but he’s going to hold firm and be a Villa fan.’

Prince William was recently pictured with his young son and the Duchess of Cambridge in the stands during Aston Villa’s 5-1 away victory against Norwich. 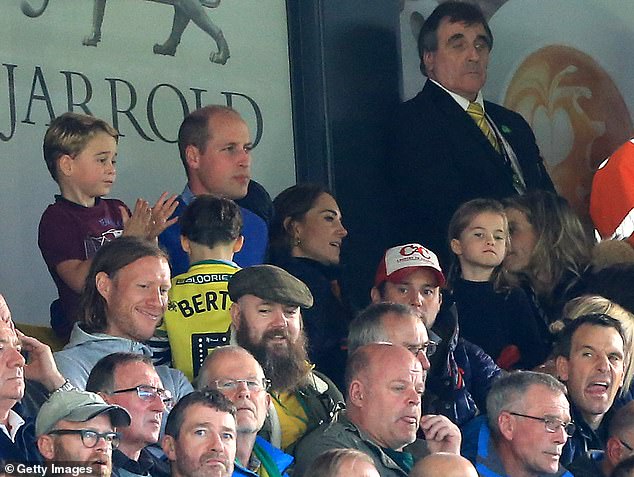 FacebookPinterest
RELATED ARTICLE:  The Queen is joined by members of her family for a church service in Sandringham