Prince Andrew‘s bid to defend his reputation after the Jeffrey Epstein sex scandal has been branded “disastrous” after he said he had no regrets about being friends with the convicted paedophile.

The Duke of York’s BBC Newsnight interview was seen as an attempt to draw a line under his controversial relationship with the disgraced financier, who died in prison while awaiting trial for sex trafficking charges.

The interview, which aired on Saturday night, heard Andrew publicly deny claims he had underage sex with Virginia Giuffre, one of Epstein’s victims.

But he stated twice his friendship with Epstein had some “seriously beneficial outcomes” and it gave him the opportunity to meet people and help prepare for a future role as a trade envoy.

Andrew may have opened himself up to further criticism with the admission which is likely to be condemned by Mrs Giuffre, one of 16 women who say they were abused by the convicted paedophile.

Mrs Guiffre has not immediately commented but MailOnline quotes sources as saying she was “taking her time to consult with her legal team” before making a public statement.

The duke denied he slept with Mrs Giuffre on three separate occasions when questioned by Newsnight presenter Emily Maitlis, saying one encounter in 2001 did not happen as he had taken his daughter Princess Beatrice to Pizza Express in Woking for a party, and they spent the rest of the day together. 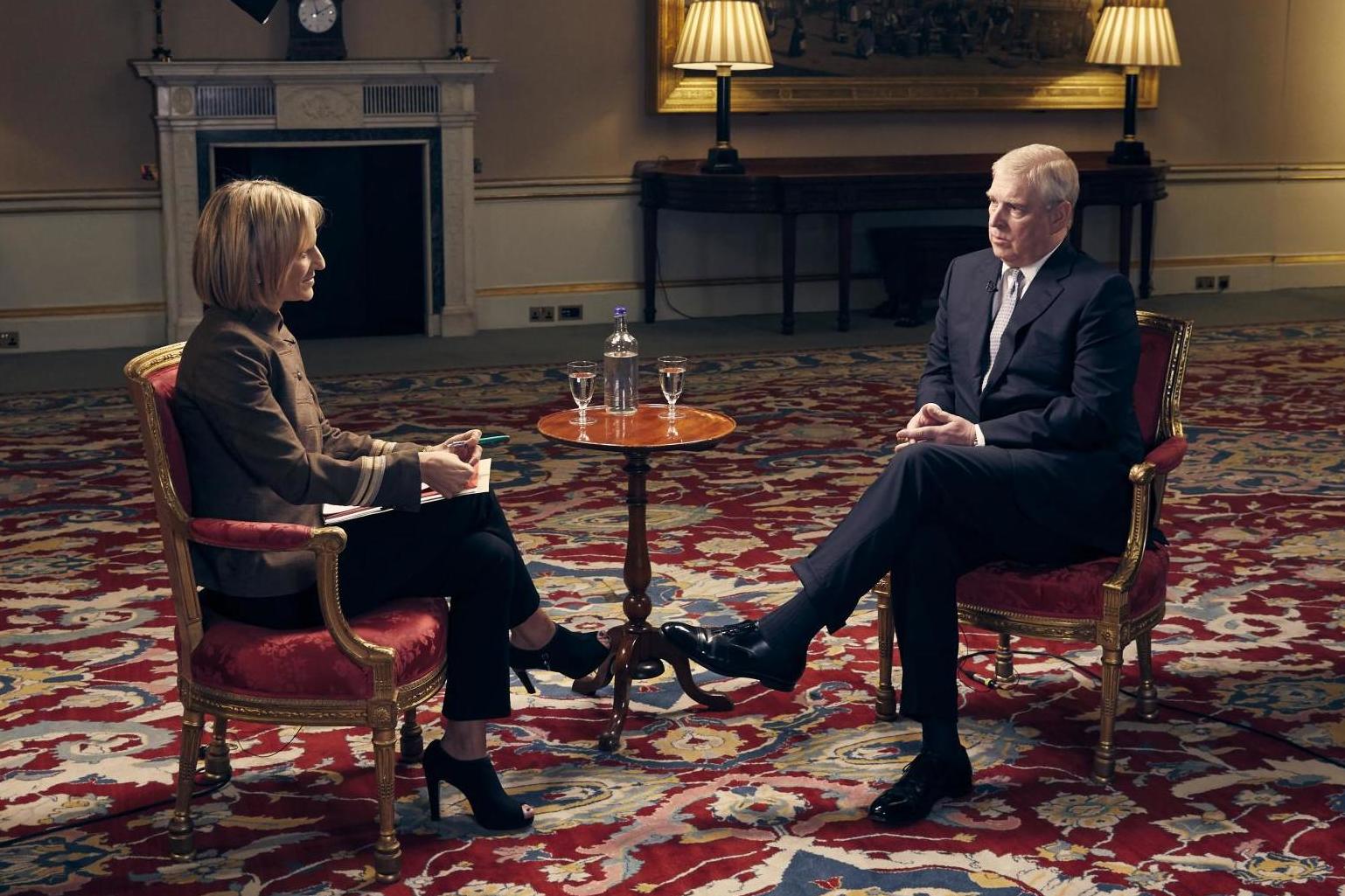 Key quotes as Prince Andrew speaks out about Epstein scandal

The same alleged sexual liaison, which the American said began with the royal sweating heavily as they danced at London nightclub Tramp, was factually wrong as the duke said he had a medical condition at the time which meant he did not sweat.

The duke said the whole episode had not been damaging to the Queen, only to himself, and that the wider royal family “couldn’t be more supportive”.

Public relations and crisis consultant Mark Borkowski said: “I have never seen anything so disastrous. For any students of PR that is how not to do it.

“It was like watching a man in quick sand and unfortunately, I don’t think anyone would have thrown him a line to get him out.”

Andrew described social media as a “problem” of the 21st century during the interview, and he was mocked relentlessly online with many highlighting his mention of the pizza restaurant.

When asked by Maitlis if he regretted the “whole friendship with Epstein”, the duke replied: “Now, still not and the reason being is that the people that I met and the opportunities that I was given to learn either by him or because of him were actually very useful.”

Earlier in the interview, Andrew had said he was transitioning out of the Royal Navy and wanted to the know more about the world of business as he would become the UK’s special representative for international trade and investment.

Mrs Giuffre has alleged in court documents she “was forced to have sexual relations with this prince when she was a minor” in London and New York.

Her allegations were struck from US civil court records in 2015 after a judge said they were “immaterial and impertinent”.

Maitlis quizzed the duke about the claims: “Are you saying you don’t believe her, she’s lying?”

The duke replied: “That’s a very difficult thing to answer because I’m not in a position to know what she’s trying to achieve, but I can tell you categorically I don’t remember meeting her at all.

“I do not remember a photograph being taken and I’ve said consistently and frequently that we never had any sort of sexual contact whatever.”

Maitlis brought up a question that has been asked by Mrs Giuffre legal team, that he could not have been “around Epstein and not know what was going on.”

But Andrew said his position as a member of the royal family meant he was treated differently, saying: “If (you’re) somebody like me then people behave in a subtly different way.”

He went on to say: “The other aspect of this is that … is that I live in an institution at Buckingham Palace which has members of staff walking around all the time and I don’t wish to appear grand but there were a lot of people who were walking around Jeffrey Epstein’s house.”

The presenter countered by saying Andrew would have noticed “hundreds of underage girls” at the palace, but the duke said at Epstein’s house there were not hundreds of girls.

Asked if he would give a statement under oath, the duke replied: “…if push came to shove and the legal advice was to do so, then I would be duty bound to do so.”

A picture of Andrew with his arm around Mrs Giuffre, when a teenager, has been seen as link between the two, but doubts have been raised about its authenticity by friends of the royal.

During another line of questioning, Andrew said he was not a close friend of Epstein.

But Maitlis took the royal through a list of locations associated with the paedophile, from his private island, plane, a property at Palm Beach and his girlfriend’s Belgravia home in London, and the duke said he had visited them all.

But he denied knowing an arrest warrant was issued for Epstein for sexual assault of a minor in May 2006.

Andrew was asked by the presenter: “He never discussed with you the fact that an arrest warrant had been issued?” Andrew replied: “No”.

He said in 2006 he broke off contact with the financier for four years when he learnt he was under investigation.

The duke justified going back to see the Epstein in 2010 – when they were pictured in New York together – after the 66-year-old had been released from an 18-month prison term for prostituting minors.

He said: “And I had a number of people counsel me in both directions, either to go and see him or not to go and see him and I took the judgement call that because this was serious and I felt that doing it over the telephone was the chicken’s way of doing it.”

He admitted he regretted making contact but Maitlis highlighted how he spent a number of days with him at his New York home, and how he was guest of honour at a dinner party she said celebrated Epstein’s release.

Asked if the episode reflected badly on the Queen, he replied: “I don’t believe it’s been damaging to the Queen at all, it has to me and it’s been a constant drip if you see what I mean in the background that people want to know.

The duke explained the controversy had a negative affect on him: “… it’s almost a mental health issue to some extent for me, in the sense that it’s been nagging at my mind for a great many years.”