Royals have traditionally used celebrated snappers such as Cecil Beaton, Patrick Lichfield and Mario Testino for official portraits of their children.

But the Duchess of Cambridge prefers to take her own pictures — and very good they are, too.

Now, she and Prince William are thought to be encouraging others to get behind the camera by launching their own photography competition.

It will be called the Earthshot Prize and the couple’s charitable organisation, the Royal Foundation, has already taken the formal step of applying to the Intellectual Property Office to trademark the award’s name. 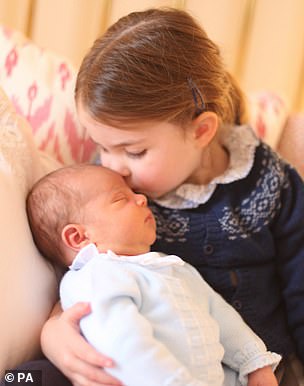 In a sign of the importance they attach to the prize, its name could be used for photographs, clothing, footwear and headgear, acccording to the application.

Other areas covered include education and training services, publishing, cultural activities and all relating to nature conservation and the environment.

A Kensington Palace spokesman declines to give any details of the prize, but it makes sense that Kate is celebrating camerawork.

Earlier this year, she visited a photography workshop run by the Royal Photographic Society and Action For Children in Kingston upon Thames, South-West London.

Her appearance came just as Kate was named the new patron of the Royal Photographic Society, succeeding the Queen.

It will be one of the first projects the foundation has launched since the big split with the Duke and Duchess of Sussex.

Prince Harry and Meghan had been part of what was billed as a ‘Fab Four’ with William and Kate, but they left to launch their own foundation, Sussex Royal.

Wildlife conservation and the environment is one of the many interests that William and Harry share, so there may be rivalry between their projects.